Taking it to the Streets - Streets of Rage 4 Review 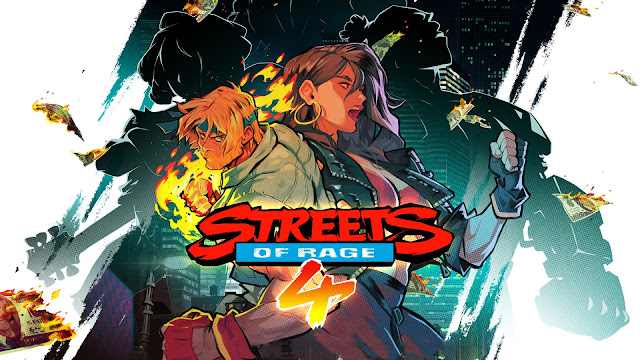 Almost thirty years after the third game in the franchise was unleashed on the world in 1994, DotEmu and Lizardcube have combined forces to release Streets of Rage 4, but are they relying on nostalgia to lure in fans of the series or is there actually a good game under the hood?

🤛🏽 👊🏽 🤜🏽
Packaged with the new 16-bit Sega Genesis when we purchased it in the early 90s, Streets of Rage 2 was without a doubt one of the games my older brother and I played the most in those early years. I remember playing as Axel Stone and my brother as his friend, the bigger, stronger Max "Thunder" Hatchett, and repeatedly tearing through the levels having fun each and every time. The cool characters, fast action, awesome special and standard moves, thumping music, beautiful environments and interesting enemies all combined into what truly was one of the best games for the Genesis.
Going back to play the original Streets of Rage (Bare Knuckle) years later, I could clearly see the evolution of the game from a simple beat 'em up brawler to a fighting game in the streets reminding me of Street Fighter 2 which had just been released a year earlier. Where SoR1 characters were slower with not much to separate them except different sprites and some basic move animations, SoR2 sped up character movement, gave the characters their own basic moves and introduced individual special moves for each character which were much cooler than what was before - calling for backup which would see a police officer race onto screen and fire a rocket into the crowd of enemy.
Streets of Rage 3 dove even deeper into that formula to continue to progress the game mechanics creating a much more strategic and refined game, but one that divided the fans regardless because of a slew of issues revolving around the new features, lack of true graphical upgrade, lower music quality and the odd censorships made to the American version from the Japanese version.
Regardless of version, in SoR3 the character's stats meant more than ever before. Each character had distinct areas where they excelled including power, technique, speed, jump and reach. There was now a strength bar which, as long as it was full, allowed the characters to use their specials without losing their health (which is how it was implemented in SoR2). If you did use a special while the strength bar was low, your health would be reduced equal to the amount the strength bar was empty. It was a strategic trade off, but implemented well.
They also introduced running and dodging both horizontally and vertically in this version which allowed players to quickly close the distance on enemy and escape from ambushes. This was very helpful on gunners (like Gold), ranged enemies (like Electra) or to escape from ambushes or imminent hits. This was a big change from the original two games which had you relying on your walk speed alone to catch up to and dodge enemy.
Another (yes, another) change were the Star upgrades. Every 40,000 points you would receive a star which would upgrade the characters power attacks. In Axel's case, his Grand Upper distance is lengthened with the first star. The second star adds a lariat-style attack in the middle allowing you to hit more enemies. The third star, which is the maximum, causes the attack to slide vertically across the screen decimating multiple enemies at a time. It all was super cool.
Further changes from the Japanese version which are more mind boggling include a much increased difficulty (bosses have three health bars compared to one), softening of the story (a bomb goes off at the beginning of the Japanese version which was dropped from the US version), some name changes (Eddie "Skate" Hunter instead of Sammy), level and enemy changes or drops (Ash), palette swaps, more clothing put on females. etc. Overall, a lot of smaller changes turned fans away and took even me a long time to fully appreciate, but when I came around I understood that mechanically this was the next logical step in the evolution of the series and has rivaled the nostalgic love I feel for the second one.
🤛🏽 Taking it to the Streets 🤜🏽