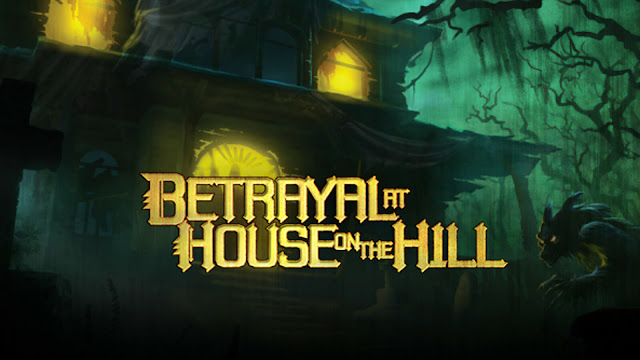 Wanting to get together with friends during this Covid-19 lockdown but not wanting to break quarantine protocol and spread the disease, I reached out to a member of my community who was wonderful enough to gift me a copy of Tabletop Simulator and promptly got a list of games together to play which included Betrayal at House on the Hill, but with so many games out there, is this game worth your money and time?

The story behind Betrayal at House on the Hill doesn't matter.

I played this game with three of my friends, but it can be played with up to six total each taking the role of one of the six characters in the game who have varying ages and backgrounds. However, this is all just for flavor. It will be their attributes that you will want to keep an eye on as they are what impact the gameplay.

Speed, might, sanity and intelligence are the four attributes that will affect how you interact with the world around you in various ways. Speed, for example, not only gives you the number of tiles you can move each turn, but affects how you interact with certain items or events when called on. The Revolver item allows you to use your speed attribute when you attack rather than your might - the more common attribute used with melee weapons - which is obviously a good thing, or is it?

The first phase of this game - the exploration phase - is a cooperative experience in which all the players take turns to move throughout the house into random rooms stopping only to investigate the items, events or omens they find within. You are free to share these items and omens as long as you are in the same room as other characters and the card allows it, and there is justification to do so. After all, the first member to die will be the weakest link, the one with the lowest attributes and the least amount of items to help them. 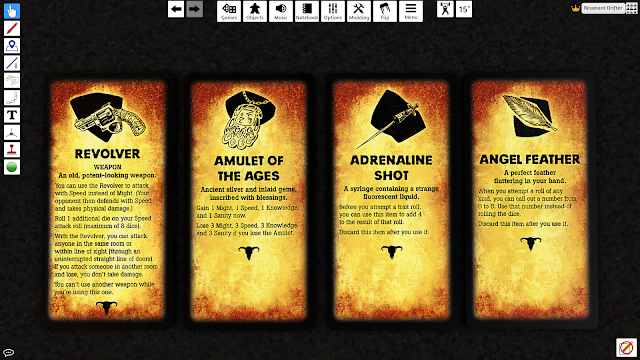 Items are generally used to attack enemy, raise your attributes or aid you in some way and you are able to take them with you and trade them. 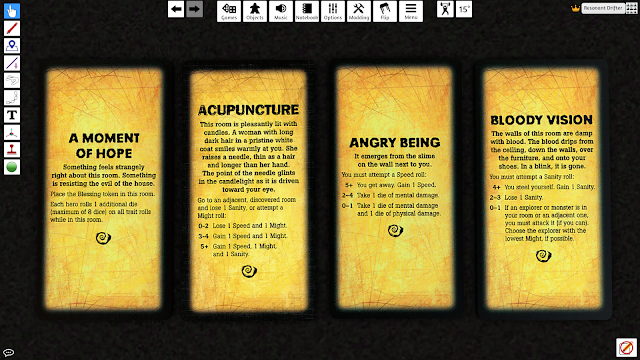 Events happen on the spot, generally heavily rely on a dice roll giving you a heavy chance to hinder as well as help you and can not be taken with you. 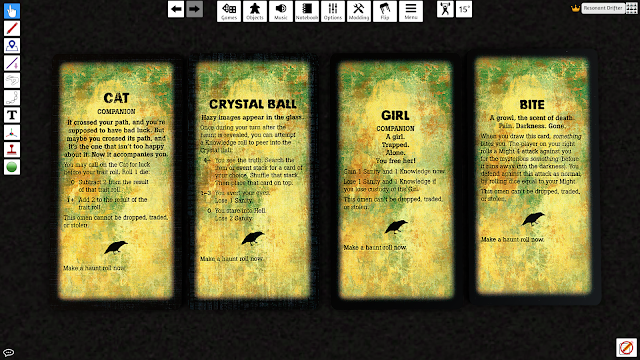 Omens are almost a mix of the two. Sometimes you take them with you, but others happen on the spot. Sometimes they can help you but they can also hurt you. Sometimes you can trade them with others. Every time you get an omen, however, you have to make a haunt roll meaning you have to roll six dice and meet or beat the number of omen cards on the table. If you do, the games continue. If you don't, the haunting begins.


Depending on what the omen was and what room it was found in, you may find yourself in one of a hundred different hauntings which is amazing for replayability keeping things fresh. Also, you never know who is going to be the haunted. It may be the person who drew the omen card, or it may be somebody with the lowest called on attribute - intelligence, for example. This is the justification for not helping other players during the exploration phase. If the player you are helping turns into the traitor, you will have been making the enemy stronger all along and taking valuable resources from the survivors. 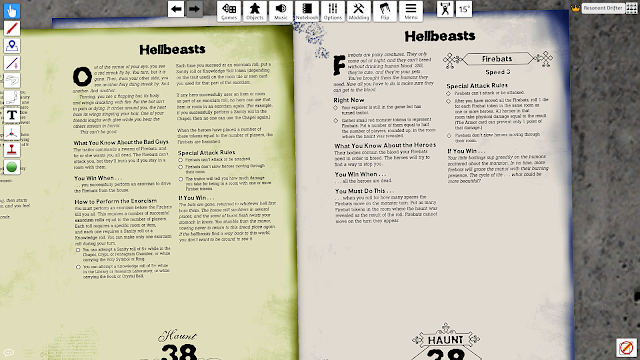 This one has the person who pulled the omen turn traitor - in this case: MotherTrix. Using rules that only she could read, she simply turned traitor which means she could not help our cause, but also had to place firebats in the house which tracked us down to drain us of blood to breed. Not particularly nice.

The rest of us, as the survivors, read our rules which stated to win we had to exorcise the firebats from the house by performing an exorcism ritual - a sanity or intelligence roll - in certain rooms and on certain items equal to the amount of players. If we didn't have the rooms or items, we had to search until we did. Oh, and we couldn't attack the firebats either.

This had the full potential to easily overcome us, but we luckily had the items and rooms needed so we quickly laid out our best strategy, had four good rolls and the game was over quickly in our favor.

The next game we played didn't turn out so well. It was haunting number 59: The Fleshchild's Alchemical Mandate, and it was a bitch. 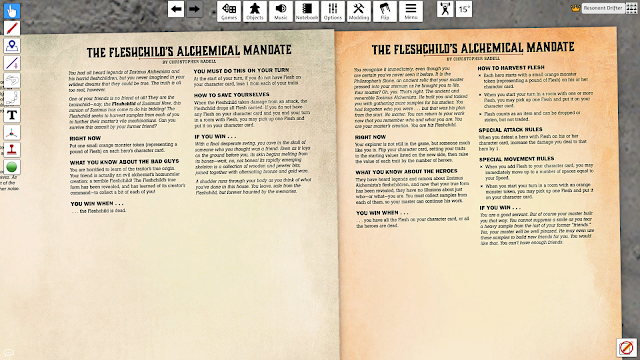 The basic idea is the traitor - FatsackFails, in this case - has now turned into this Fleshchild who must go around gathering a pound of flesh from each of the characters. If all the flesh is gathered or all of us are dead, the traitor wins.

Our goal simply is to kill the Fleshchild. This would have been an easy task but we had a really good round where we had collected a good amount of items which meant the traitor had, among other things, the Blueprint which allowed him to travel to any dumbwaiter on any floor from another which was basically fast travel. Also, he was allowed to raise each of his stats by 4 - the same amount of players in the game. And he was the first to pick up any items and omens from the ground of the people he killed.

Through all of this, I had a plan. I had a card which I could use to steal the blueprint from the traitor slowing him down and allowing me to get nearer to the other living survivor downstairs. I also had dynamite that, if it didn't kill him, would at least force him to drop all the flesh buying us more time.

And then I roll all zeros on a defense roll when attacked.

With this we ended our night, positive we will come back to play this game again.

Betrayal at House on the Hill is an exceptionally fun game that is easy to understand, set up and play. There was rarely a time where we were fuzzy on the rules and, if so, the rulebook clarified them quickly. Replayability is something that is absolutely necessary in a board game and this game has that in spades with the way the house, item, omen and event cards are randomly drawn from their respective decks during the exploration phase and how the haunting has 100 different options.

All said, I can't recommend this game enough as it offers countless hours of surprises and fun promising you will visit the house on the hill over and over again.

You can buy the physical tabletop game on Amazon or the Tabletop Simulator player-created version on Steam.

You can watch our full playthrough on Twitch.
Labels: avalon hill review tabletop