Wading in the Pool of Radiance 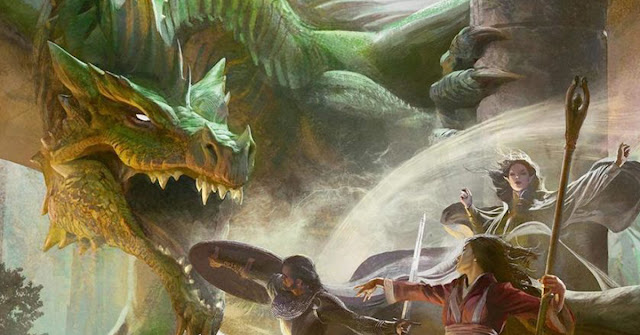 Over 30 years after SSI and TSR unleashed the first Advanced Dungeons & Dragons computer role-playing game onto the world, I finally wade in the Pool of Radiance to see what all the fuss was about and if it still holds up today.

I was afraid to play Pool of Radiance.

If I'm being honest I'd tell you I'm afraid to play a lot of older computer games because of scope and limitations. A lot of them are widely open-ended and only offer sporadic clues as to where to go next which leaves you, the player, to wander around trying to locate these areas based on your own hand-drawn maps or, if you're lucky and/or resourceful, in alternative sources such as cluebooks and the internet. This wouldn't be entirely an issue if their difficulty wasn't so varied and simple details completely missing. Through their archaic systems and mechanics compounded with their older UI, it can make for a truly unforgiving experience for all the wrong reasons. Not to mention a very awkward play through. Nobody wants to watch a player meander around cluelessly through these games dying over and over... do they?

Honestly, I wish I could say Pool of Radiance was different than a lot of older games, but it's largely the same. Limitations on hardware leave huge gaps that the user interface, storytelling and graphics can't completely fill in. However, it's somewhere within these gaps that your mind takes over and you start connecting the dots with theater of the mind. It's in this spot that wondrous things begin to happen, and that's where they magic lay.


You begin your journey in Pool of Radiance as you do in most other role-playing games - by creating a group of adventurers through a mostly familiar character creation screen which allows you to choose the race, class and stats of your characters. Nothing groundbreaking here.

You then set out to Phlan to help take it back from the evil forces that have taken it over after The Dragon Run over thirty years earlier (odd coincidence). The citizens of Phlan are a stubborn bunch who have rebuilt the city numerous times after countless attacks from both deadly humanoids and creatures alike, and this won't be any different in their minds.

You get your quests by speaking with the Council Clerk and eventually attracting the attention of the Council of Ten members who rule the city, more specifically Porphyrys Cadorna who needs your help with quests of his own - all of these quests taking you through and around Phlan and the Moonsea region. Eventually this all leads into the main quest of the game and, if everything goes well, the freedom of Phlan, but as we all know it's not the destination that necessarily matters, it's the journey and the journey quickly becomes a muddled affair.


There's a lot I can rag on in this game.

The developers clearly thought everyone playing the game would know the 1st edition Advanced Dungeons & Dragons rules so many things go without explanation which, back in 1988, would have meant looking them up in the rulebook to see what can be accomplished. During character creation, for example, you don't know that some races cap out at certain levels. The only way to know that in game is when you hit that cap and can't level anymore.

The story is doled out in sporadic chunks that are hard to piece together entirely, especially if you are unfamiliar with the characters in play. Sometimes it just feel that there are entire logic jumps or they want you to walk a razor thin line of rationale and not look down for fear of falling and it all coming down with you. This is largely where that "theater of the mind" comes into play because you are able to give your own reasons to situations and connect the dots however you seem fit.

There are clear limitations to the game engine as well. You don't have stats for a lot of the items picked up so you'll be buying, looting and swapping a lot of items just to find out that they really don't change that much. There is only one healing spell in the game and since you can only know a certain number of spells before you need to memorize them again through long rest, you'll be stuck healing your party up for a long time considering you very frequently get interrupted during sleep which prevents you from memorizing the spells. I don't even want to think about the de-leveling monsters such as the Wight. The only way to get these levels back in whole is to use a Restoration spell which you can only get through found scrolls in the game, but those are hard to come by until much later in the game (and by then you will have sworn off those areas with those creatures).

I could go on, but there's no point. This is an over 30 year old game that I'm looking at with 2020 eyes. Instead, I will mention the Gold Box Companion which I can not recommend enough because it takes care of a lot all of these issues, and even some you didn't think you would need help with. I wrote about it in further detail in a previous blog post, "Must-have mods for Pool of Radiance". It's absolutely free and truly a must-have.

The game, however, does have a lot of upside if you can get past all of the down. The story is truly an ageless story of good versus evil. There are subplots that make you question what it truly means to be evil and the dangers of having too much power and much more. These things they get through to you as best they can and a majority of the time they hit on these themes.

The region the game takes place in feels fleshed out among the Zhentil and Mulvaunt and Phlan and all the various smaller groups around the environment. It feels lived in and dangerous and fun to explore when you are given the freedom to just freely walk about. Also, each area has interesting ideas within them that make them feel inventive.

This is all helped by the graphics which are only displayed on a small corner of the screen, but for what they show your character you are able to see the very different areas that your characters must wade through and characters you need to interact with. The nomadic village looks completely different from Zhentil Keep. Kuto's Well looks so much different from the Lizardmen Lair. Valjevo Castle looks different than Sokol Keep or Cadorna Textile House. It's these small differences that keep the game fresh and new.


The music is unfortunately non-existent in version 1.3 and the sound effects are pretty bland. You can, however, turn on the much better built-in Tandy sound effects and download the actual music from the web. Details you can once again find in my blog post, "Must-have mods for Pool of Radiance".

It's a fun game that I'm glad I played because it let me in on the early days of the Dungeons & Dragons rules and a classic computer game built using that system. The game has a lot of upside but it is hindered by old rules and mechanics that hold it back. I'm not sure how I would've understood a lot of the details without the included cluebook and the internet. I honestly probably would've given up without the Gold Box Companion. Just know that if you are interested in the early days of Dungeons & Dragons gaming the GBC is there to help you do just that and the game is amazingly inexpensive as you are able to pick it up regularly on sale for a couple of dollars in the GOG.com Forgotten Realms collection which also comes with all the necessary digitized reading material. If you know this isn't your cup of tea, there are plenty of D&D games using the newer rules that you will be able to enjoy.

On a side note, playing Pool of Radiance did inspire me to buy the Ruins of Adventure tabletop module that the computer game is based off of which I am currently converting into the 5th edition ruleset I plan on publishing on GMSGuild.com. It's Moonsea setting also inspired me to write up some new gritty survival rules I also plan to publish in the future as well.